Film Shame Akhar, Iran divorces her husband ,moves into a home with her daughter

The Last Supper of Mahin Mashreghi (Katayoun Riahi), a professor at the Faculty of Architecture,

Behavior with the middle father of his daughter Setareh (Hanieh Tavassoli) is separated from his wife.

Then he moves to his father’s old house and with
Her daughter and midwife Afagh (Soraya Ghasemi) start a new life.

His new life is ruined with the arrival of Mani Motaref (Mohammad Reza Golzar), an architecture student.
Mani, who is both a star and a Mahin student,

Mahin also falls in love with Mani after many conflicts, and Mahin’s ex-husband (Attila Pesyani),

who works in a government organization, spreads the false news of an illegitimate relationship between Mahin and Mani.

Mahin is expelled from university but decides to marry Mani, but the star reacts very sharply.

Despite all this, Mahin and Mani get married and go north for their honeymoon. The night star arrives and shows a strange behavior

Mahin wants to be with the star but the star encourages him to sleep. Finally, when Mahin and Mani are both asleep, the star goes to the room and kills them.

Fereydoun Jirani was able to make Mohammad Reza Golzar famous in this film. This film is also Haniyeh Tavassoli’s first film in the field of cinema. Film Shame Akhar

“The Last Supper, which is my fourth film and a few months before the public release,” said Fereydoun Jirani, the director of The Last Supper.

I bought Ms. Hajipour and went through different stages to reach this result. Yadollah Shahidi, the producer of this film, Shame Akhar, continued:

I am very happy that I finished this work with a neighbor. Soraya Ghasemi, the actress playing the role of Afagh, while criticizing the uncoordinated encouragement

The first session, he added: “It is important for the actor to play a good role and he does not like being stereotyped, and I am no exception.”

I must say that I had a great chance to play in this film and I am very happy to be with this group. Katayoun Riahi, actor

Film Shame Akhar said: “I am very happy that I was given the opportunity to play in the last dinner film. 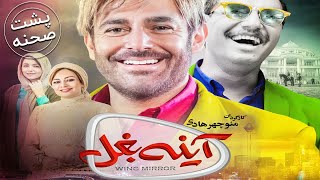 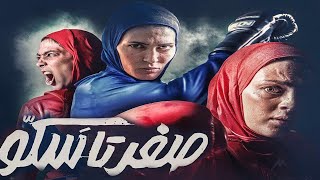