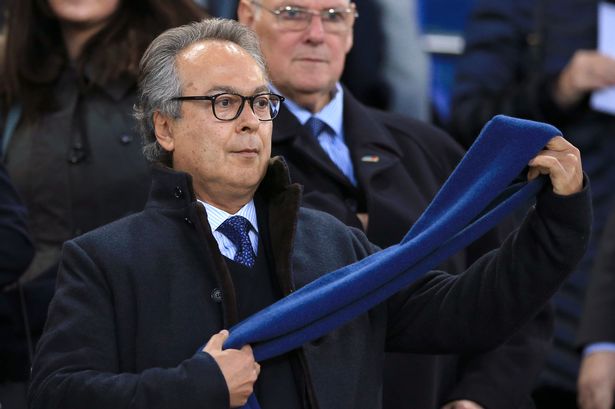 Moshiri was born in Iran. His parents left the country shortly before the revolution in 1979. Moshiri told that his father was “a medical officer who studied as the pathologist, and then became the senior military judge”, and his mother worked in the leading Iranian publishing house Kayhan.

Farkhad got an education in University College London and studied in Great Britain as a diplomaed certified public accountant. Farkhad Moshiri has a degree of bachelor at the University of London in “economy and statistics”.

Worked as the auditor in Ernst & Young, held the leading posts in Pannell Kerr Forster and Deloitte & Touche. In 1989-1991 was the expert witness of the International Court of Justice in the Hague, till 2006 — the chief executive of Global Natural Energy, sales structure of Oskol Electric Steel Works (OEMK; enters into Metalloinvest).

In February 2016 it was announced that Moshiri sold the share in Arsenal Football Club to the partner of Red & White Holdings Alisher Usmanov in an attempt to attract the capital necessary to start the merger of football club Everton F.C. On February 27 the club confirmed officially Moshiri’s purchase of 49.9% of stocks of the club which was ratified by the premier league in two weeks.

Moshiri lives in Monaco. His ex-wife Nazanin Ansari is the Iranian journalist in London, the Chief Editor of the weekly newspaper in Persian of Kayhan London, and the producer of series on the international free TV channel in Persian of Manoto. They have two children.

Ardavan Farkhad Moshiri (Persian, was born on May 18, 1955) – the British-Iranian businessman and investor living in Monaco. Read more in Wiki