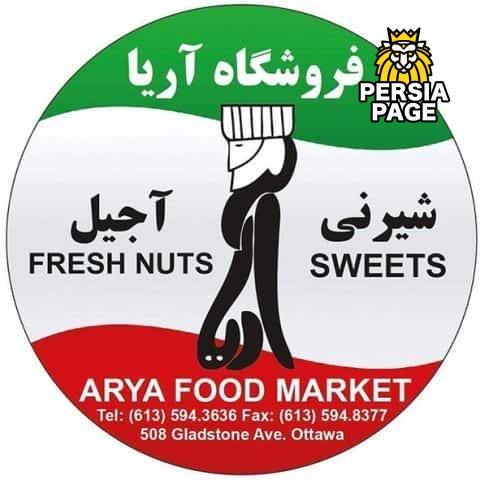 Established in 1999, Arya Food Market is the largest and most popular Persian market in Ottawa. Come in and enjoy a wide variety of Persian and Middle-Eastern delicacies today. From fresh pastries to pistachios & nuts to fresh Halal meat and much more…

Arya Food Market is a Persian food store that sells Persian groceries, spices, and pastries. They also have a butcher in the back that offers halal meat

also known as Aryo or Ario is an Indo-Iranian given name of Sanskrit and Persian origins. The Sanskrit word Arya is a surname and a masculine (आर्य ārya) and feminine Hindu given name, signifying ‘honourable’.

The name is also beginning to appear in the western world after the character Arya Stark of the television series Game of Thrones.

For the meaning and history of the Persian and Sanskrit word, see the article Arya

Aryo Barzan, an Achaemenid prince who was born in 368 BC and died in 330 BC Aryandes, satrap of Persian Egypt Ariamnes satrap of Cappadocia Ariyāramna

Be the first to review “Arya Food Market” Cancel reply