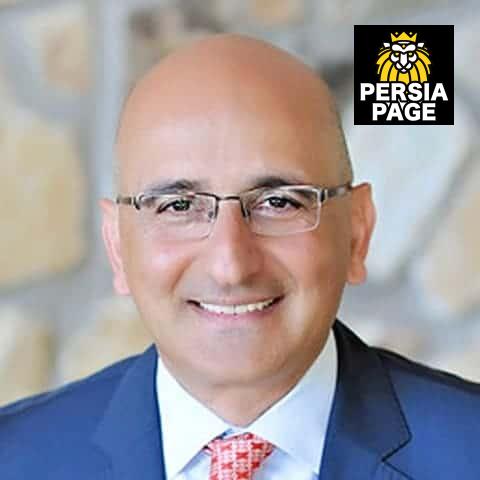 Azarmehr obtained a Bachelor of Arts and a Master of Science in Economics from the University of North Texas. After his master’s degree, he worked at the World Bank in Washington, D.C. Later, he attended St.

Mary’s University School of Law and the University of Texas Law School. During law school, he served at the Texas Supreme Court as briefing intern.

Mehron P. Azarmehr has been practising law in Texas since 1992. He first served as an Assistant Attorney General with the Texas Attorney General’s office in Austin, Texas; then from 1996 to 1998, he practised immigration law at Gardere & Wynne, L.L.P.

in Dallas, Texas. In 1999, he founded Azarmehr Law Group, an exclusively immigration-based practice.

The law firm is based in Austin with strategic partnerships in Monterrey, Mexico; London, UK; Shanghai, China; and São Paulo, Brazil.

Mehron is admitted to practice in Texas and before the U.S. Court of Appeals, Fifth Circuit, and the U.S. District Court, Eastern, Northern, and Western Districts of Texas.

Azarmehr Law Group (ALG) is an Austin-based immigration law firm with strategic partnerships in San Antonio, Texas; London, UK; Monterrey, México; Shanghai, China; and São Paulo, Brazil. We help dynamic companies and people to achieve their immigration objectives. With roots extending back to 1992, ALG has become part of the fabric of Central Texas.

We are the largest locally owned and managed immigration firm in Austin. This is our passion. A majority of our staff are immigrants and have personal experience with U.S. immigration processes.

This gives us a sense of empathy, passion, and determination to be highly effective in our job. Serving our clients and successfully completing an immigration process is our passion. Our vision is to be a place where people love their work, provide great service to clients and support the community.

We are a team of experienced and effective professionals who are passionate about the needs of their clients, dedicated to creating an environment of open communication, honesty, dignity and respect, as well as actively participating in the community. We have a sense of urgency about serving our clients and we take pride in striving to provide exceptional service to them.

We accomplish this by selecting and retaining Great People, serving Great Clients and focusing on Great Execution. We believe that humanizing the workplace is not only compatible with business success, but is a competitive advantage.

Our culture allows our people to grow in their relationships with our clients, as well as providing them with a workplace focused on family and the community. This culture is built on a foundation of people dedicated to:

Be the first to review “Azarmehr Law Group” Cancel reply