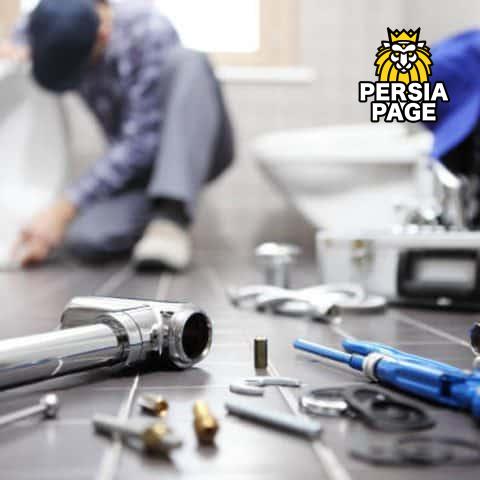 Bennico Plumbing is a privately held company in Encino, CA and is an Unknown business.

Categorized under Plumbers and Plumbing Contractors. Our records show it was established in 2005 and incorporated in California.

Current estimates show this company has an annual revenue of less than $500,000 and employs a staff of approximately 1 to 4.

Plumbing is any system that conveys fluids for a wide range of applications. Plumbing uses pipes, valves, plumbing fixtures, tanks, and other apparatuses to convey fluids.

Heating and cooling (HVAC), waste removal, and potable water delivery are among the most common uses for plumbing, but it is not limited to these applications.

The word derives from the Latin for lead, plumbum, as the first effective pipes used in the Roman era were lead pipes.

In the developed world, plumbing infrastructure is critical to public health and sanitation.

Boilermakers and pipefitters are not plumbers although they work with piping as part of their trade and their work can include some plumbing. Plumbing originated during ancient civilizations (such as the Greek, Roman, Persian, Indian, and Chinese cities) as they developed public baths and needed to provide potable water and wastewater removal for larger numbers of people.

Standardized earthen plumbing pipes with broad flanges making use of asphalt for preventing leakages appeared in the urban settlements of the Indus Valley Civilization by 2700 BC. The Romans used lead pipe inscriptions to prevent water theft. The word “plumber” dates from the Roman Empire.

The Latin for lead is plumbum. Roman roofs used lead in conduits and drain pipes and some were also covered with lead. The lead was also used for piping and for making baths. Plumbing reached its early apex in ancient Rome, which saw the introduction of expansive systems of aqueducts, tile wastewater removal, and widespread use of lead pipes.