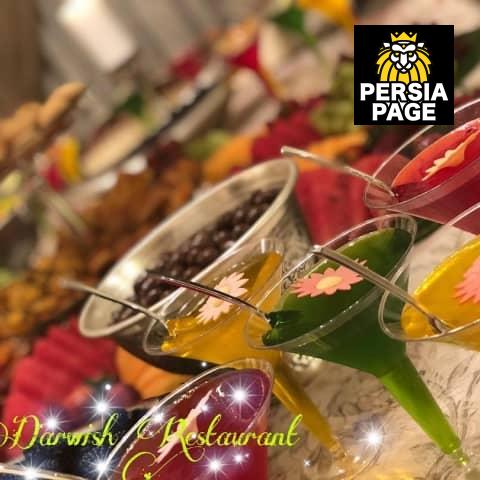 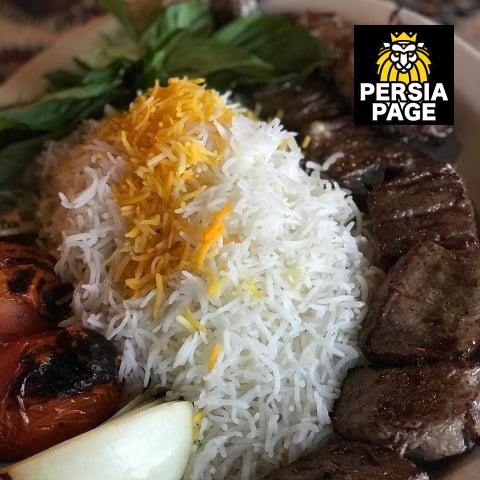 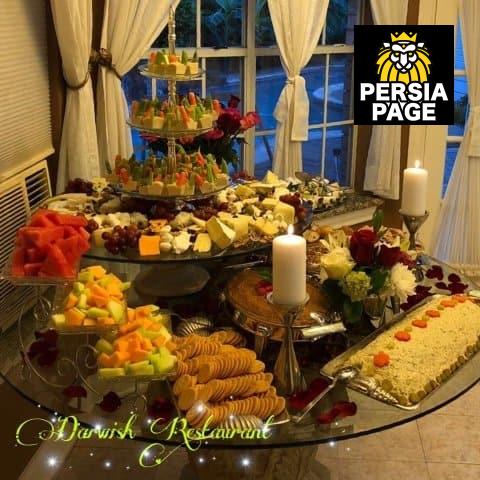 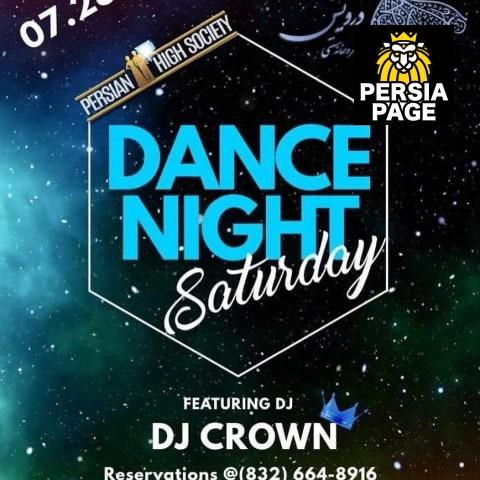 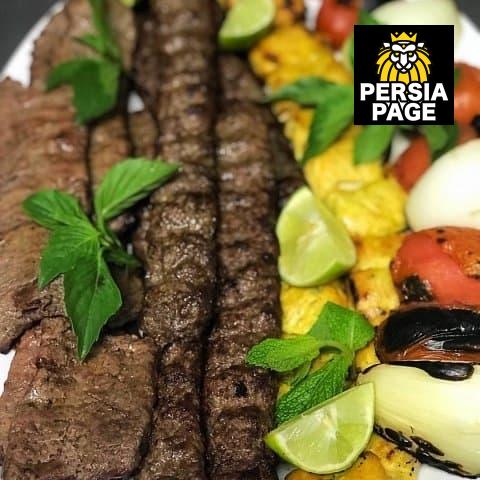 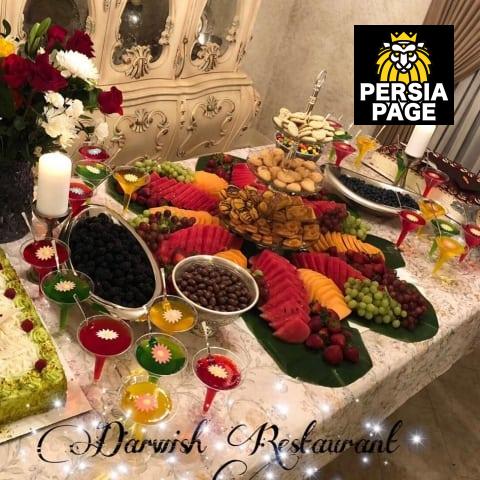 Be sure to check out the exciting menu for your romantic and family Persian dining experiences.

Darwish Restaurant, Kabab koobideh (Persian) or kūbide (Persian) is an Iranian meat kabab made from ground lamb or beef and less commonly chicken, often mixed with parsley and chopped onions

Koobideh or koubideh refers to the style that meat was prepared, originally meat was placed on a flat stone (precisely a black flat stone[citation needed) and smashed with a wooden mallet. It is cooked on a “seekh”, Persian for skewer.

Lamb or beef (precisely 20% fat, 80% meat) is minced twice for a finer consistency. Salt, garlic powder, black pepper, celery powder, sumac, very finely grated onion (the extra juice is squeezed out and saved for later) and one egg yolk per pound of meat are added. All ingredients are mixed, covered, and left to marinate in the refrigerator for at least four hours or overnight.

Kabab koobideh is grilled on skewers, traditionally over hot coal, and is served with Polo (Iranian rice pilaf with oil, salt and saffron), accompanied by grilled tomatoes and onions. Sumac is usually served as a tableside garnishing spice.

Chicken kabab koobideh is made using chives or green onions, parsley, salt and pepper–no turmeric and no sumac. It is served over Baghali Polo (dill and broad bean rice pilaf).

Jujeh Kabab (Persian:‎ literally “grilled chicken”) is an Iranian dish that consists of grilled chunks of chicken which are sometimes with bone and other times without bone.[1] This is one of the most common and popular dishes of Iran.

It is common to marinate the chunks in minced onion, lemon juice and sometimes saffron. (Persian Restaurant Directory)

It is sometimes misspelt as Joojay kebob or Joojeh kabab. Often served on chelo rice or wrapped in lavash bread, both of which are staples in the Iranian cuisine.

The former is more often served in restaurants and elaborate parties such as wedding receptions while the latter is often eaten in domestic settings, kebab joints, and picnics or packed for road trips. Other optional components include grilled tomatoes, peppers (grilled or raw), fresh lemons or other vegetables.

Kebab (Lamb, Chicken, Lamb Liver, Ground Meat) Kebabs have more variety than you might think. First, there’s koobideh, ground meat seasoned with minced onion, salt, and pepper. It sounds simple, but the taste is sublime. There is kebab-e barg, thinly sliced lamb or beef, flavoured with lemon juice and onion and basted with saffron and butter.

Chicken kebab, known as joojeh, is traditionally made from a whole chicken, bones and all, for more flavor (although in American restaurants it’s often made from the skinless chicken breast), marinated in lemon and onion, and basted with saffron and butter. If you’re lucky, you’ll find jigar, lamb liver kebab, garnished with fresh basil leaves and a wedge of lemon.