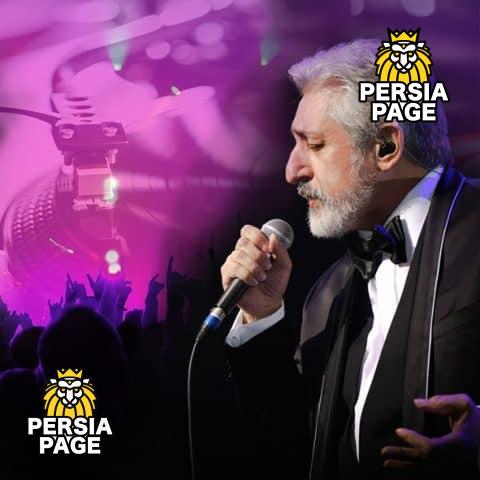 Ebrahim Hamedi, known better as “Ebi” to his millions of fans across the world. His legendary satin, yet incredibly powerful voice has established Ebi as a Legendary Iranian Singer for the ages. Throughout his 50 year career, Ebi has released over 30 albums, and closer to 100 singles, performed sold out shows across the world, and continuously released an endless string of hits, transcending Ebi’s fan base through 3 generations of Iranians worldwide. Since the Islamic revolution, Ebi’s music has been illegal to play in Iran, yet his audience is ever growing, both inside, and outside of his birth country. This is manifested by 5 decades of touring the globe, performing for millions of fans, selling out some of the most prestigious venues in the world: Royal Albert Hall, Microsoft Theatre L.A Live, Wembley Stadium, Sydney Opera House, Air Canada Center, Globen, Cologne Arena, Sony Center Toronto, Queen Elizabeth Theatre, Greek Theatre Los Angeles, and many many more.

Ebi’s passion for all genres of music has always lead him to push the envelope, constantly evolving his music and allowing himself to be influenced by his surrounding time and place. This has allowed him to enjoy a truly remarkable fan base where age plays no difference.

His incredibly genuine connection to his fans has made him more than just a Pop Icon, but a symbol for his people. His active stance against political injustice, oppression of women, and constant charitable ambitions has always been Ebi’s “banner,” clearly visible in his music as well as throughout all aspects of his life.

Everything I have I owe to my fans! I love every single one of you!

Ebi was born in Tehran, Iran. He was the oldest child of his family and has four sisters and one brother. He started his career as a young teenager with a band called the “Sun Boys.” Together they made many public appearances with relative success. After a few years he started his solo career with a song called “Attash” for a movie with the same title. He started his own style and from the beginning he showed that he is a talented singer and a star the newly developed Iranian Pop music can depend on. His third song, “Shab” (Night) is the song Ebi himself agrees made him a star. The song’s lyrics were written by Ardalan Sarfaraz, one of the Iran’s most famous songwriters. The song was first heard by people on Fereydoun Farrokhzad’s show, Mikhake Noghreyi. The popularity of Fereydon Farokhzad’s show immediately made Ebi very popular for the Iranian people. Ebi was further trained and nurtured by Ms. Mary Yeghyazarian who at the time (mid ’70s) was in charge of new talent discovery and development at the Ministry of Art & Culture. Soon he became one of Mary’s favorite students because of his talent and ability to learn.

Be the first to review “Ebi | Ebrahim Hamedi” Cancel reply