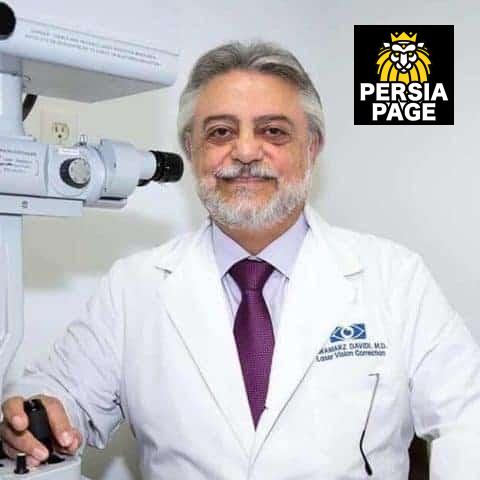 Dr. Faramarz Davidi, MD is a Doctor primarily located in Encino, CA. He has 42 years of experience. His specialties include Ophthalmology. He speaks English. Iranian Optometrists in Los Angeles

Specializing in treatment and surgeries of the eyes such as Lasik, Lasek, glaucoma, cataract, diabetic eye diseases, cosmetic eyelid surgeries and cosmetic clinical procedures such as Botox, Dysport, Xeomin and all kinds of fillers.

Attended several courses in Laser Refractive Surgeries since 1994 ( one of the first physicians to perform LASIK and PRK surgeries in LA ) Currently publishing the latest research in treatment of Dry Eye Syndrome with Radio Frequency, (considered to be a breakthrough in this field ) Offices In Encino and Beverly Hills Main office in Encino is equipped with most advanced technology for Examination, diagnosis, treatment and surgeries of the eye disease.

Lasik Laser Vision Correction The term “LASIK” stands for “Laser Assisted In-situ Keratomileusis.” Refractive surgical procedures are designed to improve the eye’s ability to clearly focus light directly on the retina, and LASIK is one such procedure.

At Faramarz Davidi, MD Institute each potential LASIK patient undergoes comprehensive testing, including an evaluation of the overall health of the eye and computerized imaging of corneal shape and visual function. Iranian Ophthalmologists in Los Angeles

Once Dr. Davidi has determined LASIK is the right vision correction procedure for the patient, the procedure is performed in three steps:

Step 1 A Keratome is used to create a custom-tailored flap in the outer layer of the cornea without damaging the surface.

The flap is temporarily folded back. Lasik Laser Vision Correction “Source: New York Times” Step 2 Dr. Davidi uses the Excimer laser to reshape the cornea, improving the way light is focused on the retina, thus producing clearer vision. The laser is so precise that it can be used to sculpt one’s name on a human hair. The total depth of sculpting needed to provide naturally crisp vision is typically less than one-fourth the thickness of a human hair.

Lasik Laser Vision Correction “Source: New York Times” Step 3 The corneal flap is then returned to position and heals quickly in place. Because the reshaped portion of the cornea is protected from exposure to the air by the repositioned corneal flap, patients report virtually no discomfort with LASIK when compared to PRK. Healing is also significantly faster. Lasik Laser Vision Correction “Source: New York Times” Reasonably clear vision can be expected soon after surgery, but the full effects of the procedure may not be achieved for several weeks. Is it safe for a woman who is nursing to have LASIK treatment?

Dr. Davidi. M.D. explains what a nursing mother should do before she has the procedure. Is LASIK safe during pregnancy? Dr. Davidi, M.D. the Medical Director and founder of The Dr. Davidi institute says whether to have LASIK while pregnant is a question of cost versus benefit.

LASIK surgery performed by Dr. Davidi is used to treat four common eye problems: Nearsightedness: Also known as myopia, nearsightedness is the inability to see clearly at a distance.

It usually begins affecting vision about age 40 for most people. When a patient has presbyopia, the natural lens of the eye has lost its ability to “zoom.” A result of being presbyopic is having to hold things farther away to read or dependence on reading glasses or bifocals.

LASIK is performed as an outpatient procedure at the Dr. Davidi Eye Institute in Encino. The entire procedure normally takes less than ten minutes, with patients typically experiencing improvement in their vision immediately. LASIK is a complex surgical procedure that requires significant training and experience by the surgeon. Dr. Davidi has successfully treated thousands of satisfied LASIK patients.

Be the first to review “Faramarz Davidi, MD” Cancel reply