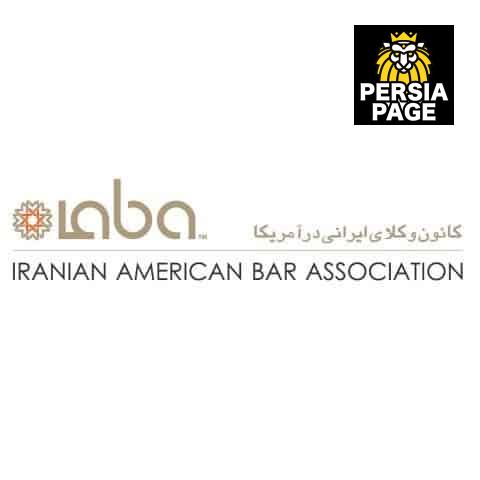 Established in 2000, the Iranian American Bar Association (IABA) is a non-profit, apolitical, and independent organization for lawyers, judges, and law students of Iranian descent.

The Iranian American Bar Association (“IABA”) was formed in 2000 in the District of Columbia.

Having begun with one chapter and only four founding members, IABA has grown to include nine chapters nationwide and membership of prominent attorneys, law students, and members of the judiciary.

IABA also strives to foster and promote the achievements of Iranian-American lawyers and other legal professionals.

IABA is an independent, non-religious, and apolitical organization.

IABA is not a lobbying or advocacy group; it is primarily an educational organization. IABA is a non-profit organization under section 501(c6) of the Internal Revenue Code.

IABA has recruited distinguished members of the Iranian American Legal Community as members of its Board of Directors, who uphold the highest level of professional integrity and excellence.

The activities engaged in by the Board of Directors on behalf of IABA are conducted solely in their individual and private capacity and on a volunteer basis.

Any references to employers, organizations, or other affiliations in the Directors’ biographical information are provided for informational purposes only and are not intended to represent any affiliation between those named employers and organizations and IABA.

The Board of Directors is currently made up of thirteen (13) members: one for each existing Chapter, three representatives elected from the membership at large, and one Student Director.

Each Chapter also has its own board or equivalent governing body. July 1 is the beginning term for each board.

The IABA Mentorship Program is designed to offer law students and new attorneys the opportunity to meet, network with, and learn from more experienced attorneys in the Iranian-American community.

To be a mentee, you should be a current law student, recent graduate, or attorney who is less than three years out of law school.

To be a mentor, you should be a practicing attorney with more than three years of legal experience, and in good standing with a state bar.

If you are interested in being a mentor or a mentee, please complete the application below.