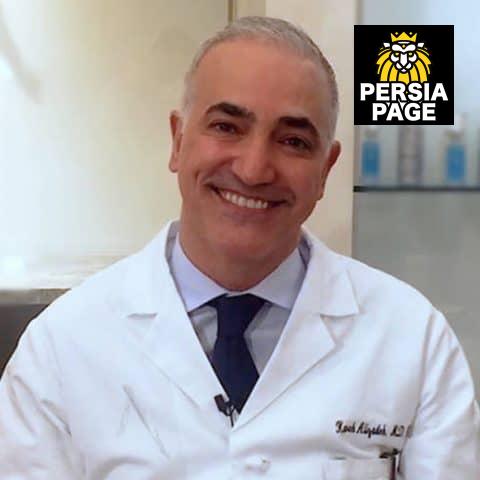 Persian/Iranian Plastic surgery clinic in New York City, New York
We strive each and every day to improve the world around us and improve the world beyond us… to renew, to restore and to uplift the face, the body and above all… the human spirit.
— DR. KAVEH ALIZADEH Dr Kaveh Alizadeh is the Chief of Plastic and Reconstructive Surgery at Westchester Medical Center, and Associate Professor of Clinical Surgery at New York Medical College. Iranian Cosmoplastic surgeon in New York City
From 2007 to 2013, Dr Alizadeh served as the president of the largest and oldest plastic surgery centre in North America, and in 2014, he opened his own private practice with a vision towards the future. As president of the New York Regional Society of Plastic Surgeons, he continues to dedicate his career to advancing the field of plastic surgery.
Dr Alizadeh directs the Clinical Research Division of Cosmoplastic Surgery, where he has conducted multiple clinical trials in plastic surgery devices, breast surgery, and injectables for rejuvenation. He is credited with developing a new breast-lift technique, NaturaBra™, as well as “progressive” eyelid-lift and abdominoplasty techniques. Since 2005, he has been recognized as a Top Doctor by Consumer Research Council, and since 2010, a Castle Connolly Top Doctor.
Dr Alizadeh has also received national recognition as a Top Doctor by U.S. News and World Report. Castle Connolly Top Doctors Dr Alizadeh has appeared in news media such as CNN, CBS 60 Minutes, NBC Today Show, Discovery Health, Newsweek, Wall Street Journal, and The New York Times. He has authored numerous publications and has given extensive presentations at the national and international level.
In 2009, Dr Alizadeh’s humanitarian volunteer work earned him the prestigious Ellis Island Medal of Honor, an award recorded in the United States Congressional Record.
Cosmoplastic Surgery. The private practice of world-renowned surgeon Dr Kaveh Alizadeh MD, MSC, FACS. Follow us on Instagram Dr Alizadeh has been a physician for over 20 years, dedicating his career to the field of Plastic and Reconstructive Surgery.

Other Plastic Surgeon nearby