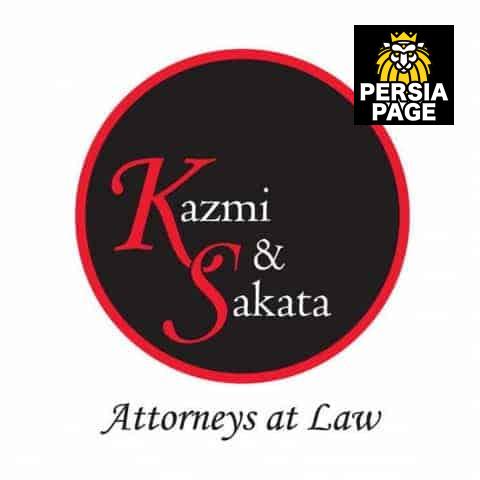 The lawyers at KAZMI & SAKATA have represented clients nationally and internationally. Our highly efficient services include a variety of immigration-related matters.

The attorneys at KAZMI & SAKATA represent their clients before government agencies across the United States,

including the U.S. Citizenship & Immigration Services (formerly INS), the U.S. Department of Labor, the U.S.Immigration and Customs Enforcement, and the U.S. Customs and Border Protection.

In addition, the firm’s attorneys represent clients at U.S. Embassies and Consulates around the world.

Mr. Kazmi was admitted to the California Bar in 2000. He was born in Los Angeles, California, and is authorized to practice before the Supreme Court of California and the Federal District Court in the Southern District of California.

Mr. Kazmi was the Business and Managing Editor for Thomas Jefferson Law Review. He received a Certificate of Global Legal Studies for his selection of numerous international courses. During law school, Mr. Kazmi was a judicial intern with the Honorable Judge Norbert Ehrenfreund of the Criminal Division of the San Diego Superior Court. In 2001, Mr.

Kazmi was published in The Journal of Contemporary Legal Issues, (Vol 12.1, 2001) for his article entitled: Does It Make a Difference Where That Chablis Comes From?

Geographic Indications in TRIPs and NAFTA and How to Register a Movie Title as a Mark: the U.S. and U.K. Mr. Kazmi is a member of the American Immigration Lawyers Association (A.I.L.A.), the San Diego County Bar, and the American Bar Association. Harun speaks conversational German.

Since becoming an attorney, Mr. Kazmi has actively practiced Immigration and Nationality Law in San Diego.

He has represented numerous clients worldwide on all business and family immigration-related matters. In 2004, he joined with Clifford Sakata to form their current practice.

Mr. Sakata speaks Japanese fluently and has many years of experience dealing with Japanese corporations and individuals. Mr. Sakata is admitted to the New Mexico and Hawaii State Bars and is a member of the American Immigration Lawyers Association and the American Bar Association.

Mr. Sakata has worked for the Japanese government in Nanao city, Ishikawa prefecture as an International Relations Coordinator and served as a Board Member of the Nanao-Monterey Friendship Association. He has interned with the U.S. State Department Office of Foreign Missions in Los Angeles, California.

In addition, he has worked for the Legal Department of Taiyo Yuden Corporation in Gunma, Japan, and the San Diego Superior Court.

Mr. Sakata has received Honor’s recognition for his participation in the University of San Diego Immigration Legal Clinic where he assisted low-income individuals with their immigration issues. He also joined the legal staff of the U.S. Department of Justice, Executive Office for Immigration Review as a Judicial Law Intern.

In that capacity, he worked closely with Immigration Judges in San Diego, California, assisting them with extensive legal research of current immigration law and drafting final written decisions for removal and exclusion proceedings.