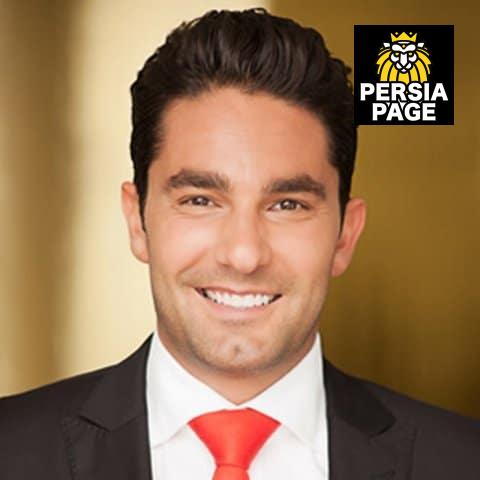 For the past ten years, Bobby Saadian has put his heart and soul into changing the lives of thousands of people, who came to Wilshire Law Firm for legal representation; good people, who didn’t have a voice to fight against powerful insurance companies, mega-corporations and big business. Saadian feels that, in this journey, he has not only been blessed to continue helping so many wonderful individuals and families.

Bobby Saadian, Esq. JD/MBA, the Founding President and Managing Attorney at Wilshire Law Firm, graduated from Pepperdine University with a dual degree in Law and a Master of Business Administration.

Mr Saadian founded Wilshire Law Firm in 2007. Since then, he has represented thousands of clients – and with a 99% case success rate. His total recovery in settlements and verdicts amounts to more than $100 Million. Mr Saadian is a full-service personal injury attorney, specializing in major accident and catastrophic injury cases. Iranian Accident Lawyers in California

Law Office of Bobby Saadian In 2014 and 2015, Bobby Saadian was bestowed the prestigious Litigator Award by the Trial Lawyer Board of Regents. The Litigator Awards are based on actual case results, making them the most rigorous and openly judged Award Ratings anywhere. Those awarded join an exclusive fraternity of Super-Star Lawyers who have won Million, Multi-Million and/or Billion Dollar cases – a feat achieved by less than 1% of all U.S. lawyers. Winners are announced in a whirlwind of publicity across top-tier media outlets, including CNN, ABC, and CBS.

Mr Saadian has attained an AV Preeminent® Rating, which is the pinnacle of professional excellence earned through a strenuous Peer Review Rating process that is managed and monitored by the world’s most trusted legal resource, Martindale-Hubbell®. Top Iranian Personal Injury Lawyers

Bobby Saadian is proud to be a member of both The National Trial Lawyers: Top 100. This is a prestigious organization comprised of the premier trial lawyers in the country. Members are selected through a rigorous multi-phase process which includes peer nominations combined with extensive third-party research. Only those who demonstrate exceptional leadership, influence, and stature, and have established a stellar reputation along with a public profile, are granted the invitation to join this exclusive group.

Even more exclusive is Mr Saadian’s membership in The National Trial Lawyers: Top 40 under 40, which is a professional organization composed of the top trial lawyers who are younger than the age of 40. Membership is by invitation only and is extended exclusively to those trial lawyers exemplifying superior qualifications, trial results, and leadership. The organization was so impressed with Mr Saadian’s achievements that they made him Vice President of Top 40 under 40 in 2016 and spotlighted him in an issue of Trial Lawyer Magazine. He will act as President-Elect in 2016 and as President for 2017.

Mr Saadian is a lifetime member of Rue Ratings Best Attorneys of America. Attorneys must meet the following requirements in order to earn this accolade: 1) they must display an extraordinary level of legal expertise and competency, 2) they must maintain high ethical standards and have a stellar reputation with the community, and 3) they must be nominated by a Member of the Bar or public and/or undergo an extensive attorney peer review process and be accepted. Less than 1% of all of the attorneys in America are invited to be a member of this elite group.

Mr Saadian is proud to have a perfect 10.0 Avvo ‘Superb’ rating. He is also a recipient of Avvo’s prestigious Client’s Choice Award. Avvo is one of the most prominent, well-regarded online legal services marketplaces. Its respected lawyer rating system uses a complex algorithm to makes a snapshot assessment of a lawyer’s background. There is no bias in the Avvo rating system, and higher ratings cannot be bought by attorneys.

Not only has Mr. Saadian been a member of Super Lawyers since 2012, an exclusive legal rating service which uses a patented multiphase process to select cream-of-the-crop lawyers who have attained an exceptional degree of peer recognition and professional achievement in their respective fields, but he has also been named to Rising Stars – a feat accomplished by no more than 2.5 per cent of lawyers. This accolade is bestowed upon lawyers who are only 40 years old or younger, or have only been in practice for 10 years or less, yet have garnered accomplishments equal to those of the most well-established, prestigious law firms in the nation. For being among the highest-ranked Super Lawyers practising in the Southern California area, Mr Saadian was also included in Los Angeles Magazine’s list of Top Attorneys.

Bobby Saadian was recognized in the LA Times for achieving a top verdict in southern California. Bobby and his legal team helped obtain a $17.1 million verdict for an 85-year-old bus accident victim who had suffered catastrophic injuries, including an amputated leg. Although the bus company refused to accept liability, Bobby was able to fight the case in trial and achieve a huge verdict. The prestigious journalism publication acknowledged this accomplishment in an exclusive Personal Injury Litigators Series where they awarded him the National Law Journal Personal Injury Litigators Award.

In Law Office of Bobby Saadian Mr Saadian is sought out by major media outlets for his legal insight and commentary on notable and high profile accidents. In the past year, Mr Saadian was seen on ABC’s Nightline, FOX News, and KTLA News, and was quoted in a number of notable publications like the Los Angeles Times. Mr Saadian has been interviewed in regards to the wrongful death of rapper Dewayne Coleman, known by the stage name MC Supreme, whose family Mr Saadian represented. Similarly, ABC Television sought Mr Saadian’s legal expertise in the fatal accident case involving former Olympian and reality television star Caitlyn Jenner (previously known as Bruce Jenner).

Law Office of Bobby Saadian is a frequent panel speaker at the Consumer Attorney Association of Los Angeles (CAALA) annual convention in Las Vegas – the largest attended consumer attorney convention in the United States and one of the premier events for continuing education for attorneys in the country. He is also a President’s Club Member of the Consumer Attorney Association of California (CAOC), and an active Ranch Club Member of the Jerry Spence Trial Lawyer’s College, one of the most sought after, prestigious trial skills groups in the nation which is known among attorneys as being responsible for breeding many of the most successful and reputable trial lawyers in the personal injury field.

Law Office of Bobby Saadian champions several charitable causes and serves on the Board of Directors of the Los Angeles Trial Lawyer Charities. He is also a Corporate Member of the Brain Injury Association of California and various other prominent injury advocacy organizations.