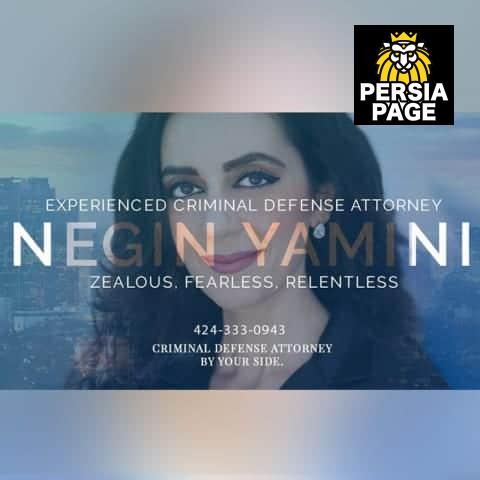 These victories—amongst Negin’s extensive record of reduced-sentences, dismissals, and favourable dispositions in a range of matters—showcase Negin’s tenacity, strategic and thorough mounting of a defence from the very inception of a case, and meticulous and aggressive lawyering.

She obtained her law degree from the University of California, Hastings College of the Law where she won recognition as a “Tony Patino” fellow for academic excellence and commitment to social justice.

At Hastings, Negin also won recognition by the Refugee and Human Rights Clinic for her direct and zealous representation of a Mongolian woman in her successful fight for political asylum in the United States. Today, as a criminal defence attorney, Negin channels her passion for justice toward protecting the accused in all stages of a criminal case.

No matter how damning the facts and how egregious the charges, Negin brings to every case a tenacity, creativity, and zealousness that, besides leading to favourable outcomes in a myriad of cases, have earned her the respect of judges and prosecutors.

Los Angeles Criminal Attorney is an active member of the Inns of Court, an organization committed to the highest level of professionalism and ethics in the practice of criminal law.

Negin is also is an active participant and member of the National Association of Criminal Defense Lawyers, the lead organization in the United States dedicated to ensuring justice and due process for the accused.

The Law office of Negin Yamini provides hands-on, consistent, quality, and skilled representation in all misdemeanour and felony matters, including driving