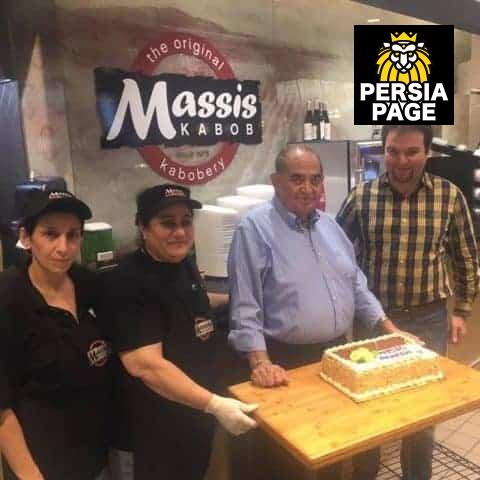 THE ORIGINAL KABOBERY® Dubbed “The Original Kabobery®,” Massis Kabob has been around since the 1970s and has a devoted following. Massis Kabob specializes in Mid-Eastern cuisine served in a quick-serve format.

The look and ambiance of design emphasize the old roots of homemade cuisine presented in a modern form. Our concept is simple:

give customers what they want and do it at affordable prices so they keep coming back. Back in 1976, when the first Massis Kabob opened in Glendale, serving dinner-sized plates with high-quality meats and sides was a fairly new concept in “fast-food,” something we are proud to say we have perfected after forty years of service.

It takes a lot of hard work and dedication to bring our customers the Massis experience. Only the freshest ingredients, expert preparation, value for the dollar and prompt courteous service is our pledge to our customers. Founder and President Hacop “Jack” Baghdassarian

It opened its doors in 1976 in the Glendale Galleria built on the foundation of serving restaurant quality Mediterranean cuisine at fast-food prices. Iranian restaurant in Glendale