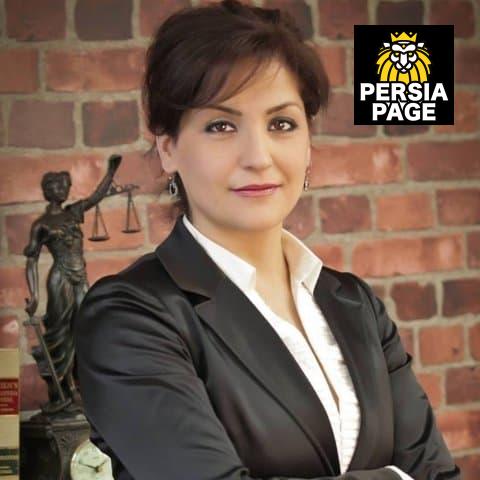 General practice attorney in Richmond Hill, Ontario
Practice areas Family & Divorce Immigration Canada, Real Estate
Elham graduated from the University of Toronto in the year 1997 with an Honours Bachelor of Science Degree and after graduation commenced employment as a Toxicological Researcher in the National Water Institute of Canada in Burlington.

Elham graduated from the University of Toronto in the year 1997 with an Honours Bachelor of Science Degree and after graduation commenced employment as a Toxicological Researcher in the National Water Institute of Canada in Burlington.

During her work, Elham commenced research in the field of Toxicology, but in the same year was accepted to the University of Windsor for law School. Elham graduated with a Bachelor of Laws degree from the University of Windsor in the year 2001 and was called to the bar of Ontario in the year 2002. Elham has had wide experience in various professions, including acting as an Immigration and Customs Officer at the Pearson International Airport from 1995-2002.

Elham’s experience as an Immigration Officer has toned her skills in security and intelligence matters as well as becoming a sophisticated judge for the suitability of individuals to enter and remain in Canada. Early on in her practice, Elham’s keen interest in the administration of Education, led her to act as counsel for the Ontario School Board, both private and public sector. In this job profile, Elham was able to represent high profile clients such as School Principals, School Administrators and Teachers.

Adding to her vast life and legal experience, Elham took the role as a public member of the College of Chiropractors of Ontario from the year 2005-2012 and acted as the Chair of Discipline for two years while serving the regulatory body of the profession.

During her involvement with the College, Elham has honed her skills in the area of Ontario Health law and the practice of health in Canada. Elham has a thorough and extensive curriculum vitae which have aided her success in becoming a strong litigant and a dedicated advocate for her clients.

Be the first to review “Moaveni Law Office” Cancel reply