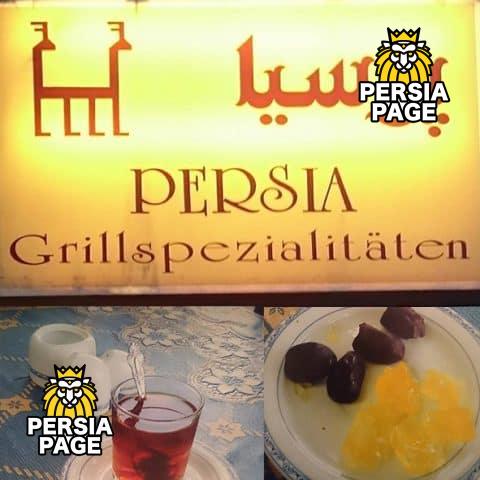 PERSIA (formerly ‘Rose’) had its reopening in November 2001. The PERSIA restaurant with its cozy ambience offers Persian specialties. You have time, you have to have time for these delicacies from Persia, which you get served in the house PERSIA. Yes, Persian food, you cuddle it, bites for bites with pleasure and pleasure. Precisely because you do not cook too fatty, just because you do not season too spicy just because you do not need too much garlic, it is the seasoning that emphasizes the taste of the ingredients! And the imaginative rice dishes, where you slowly spoon yourself up to the brink of bliss.

Even in the Middle Ages, the Persian cuisine in Frankfurt was very much appreciated! The old imperial city of Frankfurt am Main, is an important commercial and economic center. The European Central Bank, many national and international companies and institutions are based here. Here numerous international fairs take place. For the cultural and gastronomic offer are the numerous cafes and restaurants. Despite its minuteness, the restaurant PERSIA also contributes to it.

Restaurant criticism appeared in the “Frankfurt goes out” issue February 2002: Although they are not mushrooming, Persian restaurants in Frankfurt are unquestionably a trend. What they all have in common is a stylish design concept that takes the Orient and Occident into account, and a kitchen that is full of taste surprises and consistently appealing. Even the recent opening, the grill restaurant Persia, is no exception. Francophile mirrors hang over whitewashed rough plaster; oriental gems are discreetly and delicately interspersed, for example in the form of carafes.

Stimulating conversation, the restrained musical accompaniment with classical sounds. Quite so again one of the rare secretive places for a tête-à-tête by candlelight. The simple Bordeaux of unknown origin (3.75 euros) is doing well, the eggplant cream, Kaschke Bademjan (4.50 euros), looks appetizing and tastes accordingly. Ghormesabsi, beef in herbal sauce Persian style with parsley, chives, coriander, Bocksklee and dried lime (9,25 Euro), is finely flavored. The herbal must remind a little bit of green sauce, although one thing has nothing to do with the other. Conclusion: a locality that enhances the Gutleutviertel gastronomically.