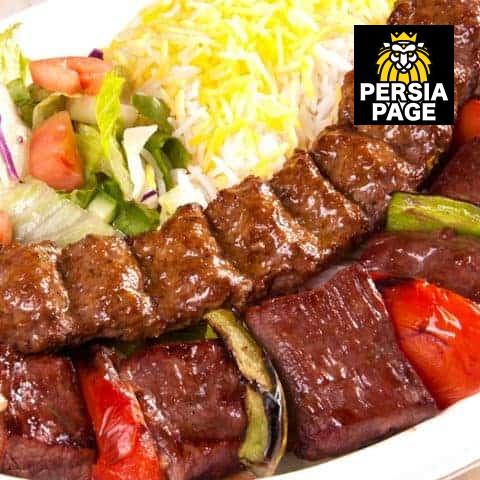 Sadaf Restaurant is a cornerstone of the San Diego community and has been recognized for its outstanding Mediterranean cuisine, excellent service, and friendly staff.

Our Mediterranean restaurant is known for its modern interpretation of classic dishes and its insistence on only using high quality fresh ingredients.

The agriculture of Iran produces many fruits and vegetables.

Thus, a bowl of fresh fruit is common on Iranian tables, and vegetables are standard sides to most meals. These are not only enjoyed fresh and ripe as desserts but are also combined with meat and form accompaniments to main dishes.

When fresh fruits are not available, a large variety of dried fruits such as dates, figs, apricots and peach are used instead.

Southern Iran is one of the world’s major date producers, where some special cultivars such as the Bam date are grown.

While the eggplant is “the potato of Iran”, Iranians are fond of fresh green salads dressed with olive oil, lemon juice, salt, chili, and garlic.

Fruit dolma is probably a speciality of Iranian cuisine.

The fruit is first cooked, then stuffed with meat, seasonings, and sometimes tomato sauce.

The dolma is then simmered in meat broth or a sweet-and-sour sauce.

Verjuice, a highly acidic juice made by pressing unripe grapes or other sour fruit, is used in various Iranian dishes.

It is mainly used within soup and stew dishes, but also to simmer a type of squash dolma.

Unripe grapes are also used whole in some dishes such as khoresh e quite (lamb stew with sour grapes).

As a spice, verjuice powder (puree quite) is sometimes reinforced by verjuice and then dried. (Persian Restaurant)