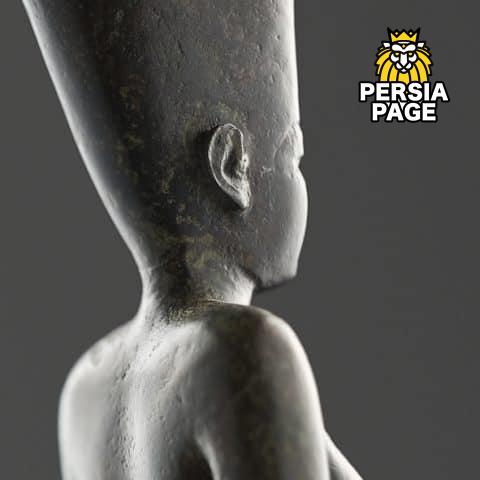 Safani Gallery Inc | Persian/Iranian Art gallery in New York City, New York, Alan Safani, son of Edward and grandson of Dr Mahboubian, continues this legacy. His experience with ancient art started in childhood while visiting his father’s gallery, fascinated by the beauty and history of the objects he was allowed to hold.

Ultimately, his interest led to formal study and graduate degrees in Ancient Near Eastern and Classical art and archaeology.

After entering his father’s business, Alan coordinated several exhibits and started to participate in national and international art fairs. He has continued the family tradition by presenting authentic, important, and beautiful works of ancient art, offering an unparalleled combination of experience, connoisseurship, and expertise for his clients.

Starting in the 1890s with Dr Benjamin Mahboubian, a noted archaeologist and expert of Persian art, the family business has included relatives who were prominent dealers in Islamic and Ancient Near Eastern art in Teheran, Paris, London and New York.

Dr Mahboubian’s nephews, Ayoub and Khalil Rabenou, were instrumental in providing museums and collectors with many of the most recognized masterpieces from Islamic and Ancient Near Eastern cultures.

His sons, Mehdi and Houshang Mahboubian, were important advisers and contributors in building the Near Eastern and Islamic collections of Iran, France, England, the United States and Japan. Edward Safani, Dr Mahboubian’s son-in-law, came to the United States in 1946 after working with Ayoub and Khalil in Paris.

He quickly became a noted authority on Islamic art, ancient glass and art from the ancient Near East and helped American collectors and museums acquire major artworks in these areas.

Alan Safani firmly believes we are all custodians of the past. Art transcends time. It belongs to all of us. Iranian Art gallery in New York City

Safani Gallery Inc. is a third generation family business that deals in museum quality work of art from the ancient cultures of the Near East, Egypt, Greece, and Rome. Established in 1950, it is the oldest existing art dealership in America dedicated solely to selling ancient art.

Be the first to review “Safani Gallery Inc” Cancel reply