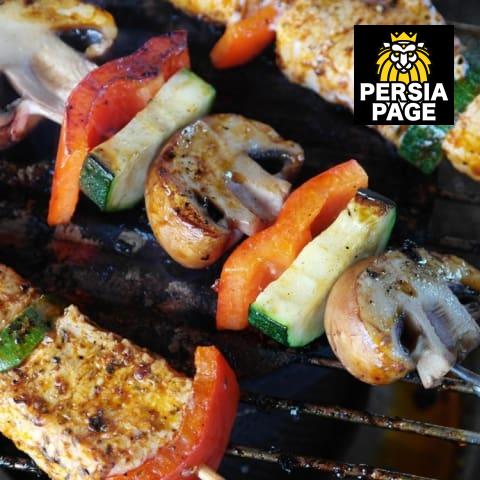 At a friend’s recommendation, I checked out the food truck on Thursday at the Rogue Valley Growers and Crafters Market, where I found it sitting in the apparent heart of the market at Hawthorne Park in Medford.

On its side, signs advertise gyros and falafel, but a closer look shows there’s much more to choose from than two flatbread sandwiches. I did, however, arrive with a hankering for falafel — those wonderfully fried Middle Eastern chickpea balls have long been a favourite food of mine.

With a desire to broaden my horizons just a little bit, I went for the falafel plate ($8), which gave me three deep-fried chickpea balls, a Greek salad, chickpea salad in a Mediterranean marinade, fried rice pilaf and a Turkish salad.

Sultans Delights absolutely couldn’t get enough of the cool, tangy tzatziki sauce that paired with my falafel. Still warm and definitely made that day, the falafel was just a bit on the dry side.

To be fair, my visit was less than half an hour before closing, and it’s worth noting that they were fresher and tastier than the falafel I’ve had at a certain flatbread-focused franchise.

It’s also worth noting that turnaround was fairly swift even with a line because items like the falafel were ready to serve in the warmer.

I was initially put off by the large order ahead of me, but the server cheerfully whipped through the large order quickly, throwing flatbread on the grill before taking my order.

Lines are no reason to pass by Sultan’s Delight. The spot made its strongest showing on the sides. As should be expected when grabbing lunch at the growers market, the veggies on my plate were crisp, flavorful and fresh.

My Greek salad came with lettuce, parsley, radicchio and more tzatziki, along with a pureed tomato and garlic sauce. My chickpea salad was tender and served seasoned with mild red Middle Eastern spices. Particularly hitting the spot on a hot summer day was my Turkish salad, a medley of fresh tomatoes, cucumbers and green peppers in lemon and olive oil. Restaurant near my location

The fried-rice pilaf was buttery, hot and fresh. As much as I liked the plate, the flatbread sandwiches were pretty tempting at $6. Choices are falafel, gyros or chicken kabob, and all include a piece grilled flatbread and fresh veggies.

Sultans Delights: I was seriously tempted by the lamb and beef gyros rotating on a vertical rotisserie, but I will have to save that order for my next visit. Other lunch choices for those with palates just a little more adventurous than mine included dolmas — grape leaves stuffed with rice, currants and pine nuts — and spanakopita, a savoury baked dish made of layers of filo dough, feta cheese and a mixture of spinach, kale and onion.

For dessert, I went for a wedge of baklava — a Middle Eastern dessert that layers buttery Philo dough with nuts, sugar and gooey honey.

It’s not for the carb-conscious, but for everyone else seeking a sweet pick-me-up, it’s an easy splurge at $1.50.

With a range of savoury sandwiches and plates to suit seemingly all customers and prices to match take-out food, Sultan’s Delight is a must for downtown Medford’s lunch crowd.

Be the first to review “Sultans Delights” Cancel reply