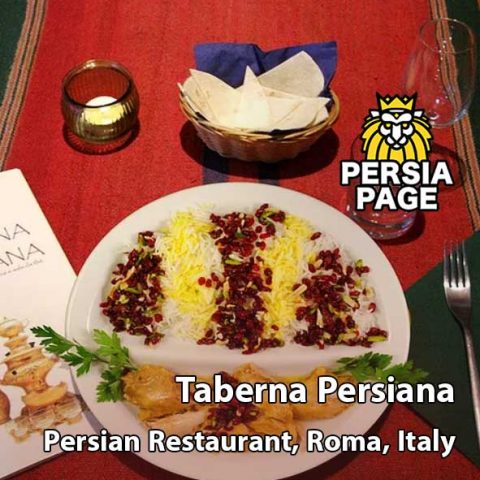 Meanwhile, Navid, from Tehran, moved to Italy to attend university masters in the music field,

After years of working experience as a musician in Iran.

◢ In 2012, they decided, together with Hamid’s girlfriend, Mona, to open a Persian restaurant.
Taberna Persian is near the gets station and the Pyramid of Cassius in Rome.

Mona, already known in the world of Tehran as an excellent cook and in her art,
He had also worked as a chef At another Persian restaurant in Rome for two years.

Having a restaurant with this group of young Iranians represented an opportunity.

However, To introduce Italians to not only the cuisine.

But also the traditional Persian culture.

◣ The environment and the culinary tradition have a strong traditional and familiar feel.

An important meeting point, a corner of Iran.

At the Taberna Perianal, cultural, musical, artistic, and traditional events,

◤ The Taberna Persian team also coordinates the most important

Events of the Iranian year.
Community in Rome, such as the Note di Yalda and the Nowruz,

prepare catering and Support to plan private parties and events

as well as actively taking part as musicians.

◥ To sum up, Both in Italy and internationally with the Barbad Project musical group.

Iranian culture. So, If you want to experience all this together,

In one environment, visit us.

Promotion of culture and the ancient Persian tradition,

Be the first to review “Taberna Persiana” Cancel reply