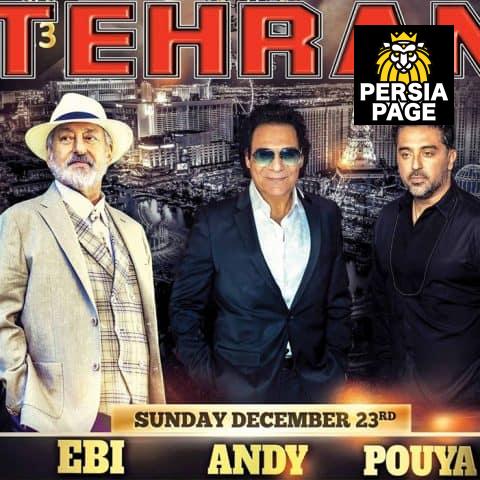 Tehran Magazine is the leading Persian-Language weekly magazine in the United States and around the world.

Mr Shahbod Noori is the Founder and Executive Director of the publishing company.

In 1989 he published the first 24- page Original Bazaar Weekly.

The Original Bazaar Weekly was the first free classified and a display advertising paper published for the Iranian community in Southern California.

In 2017, after 21 years, Tehran Magazine has become one of the most popular and powerful FREE Iranian magazines in the United States and around the world.

Although it mainly focuses on California, the magazine covers the United States, Canada, Europe, Asia, Australia and the Middle East, as well.

Shahbod Noori was born on March 1964, in Iran, Tehran.

He became a driving instructor there at age 17. When the regime changed in Iran, he fled from his country through the mountains to Pakistan.

There he continued to work as a driver, and also as a bodyguard for celebrities.

After one year in Karachi, Pakistan, Shahbod Noori moved to Vienna, Austria.

He worked for the Hebrew Immigrant Aid Society (HIAS) as a driver and security guard for the Jewish Synagogue.

In 1986 he moved to New York and after six months, decided to head for the Golden State of California.

At the same time, for fun and because he loves Friday nights, he began creating and promoting Friday Night-only nightclubs at famous locations around the Los Angeles area.  A Persian-language weekly magazine in Illinois, CA

They included “Rendezvous” on “Club Yes” in West LA; “Spanky” on Paradise Night Club in Century City; “Club Lido” in Tarzana; and “Club Rio” in Encino.

Shahbod Noori has put together 15 successful charity concerts and expo with more than 3000 people for the Persian Relief Center. He has raised money and helped several dozens of people to keep roofs over their heads, go to school, find jobs, and has even sheltered them in his home for many months.

He produced six Persian New Year’s festivals with more than 25,000 people in attendance on Balboa Lake Park in San Fernando Valley area. Shahbod Noori is also the Founder & Executive Director of Tehran International Weekly Magazine, one of the leading Persian-Language magazines in the United States and around the World since 1996.

In 2003, Shahbod Noori Started his recording company, Tehran Records, and has produced and distributed the albums from the top Persian singers.

He started his publishing company in 1989 with The Original Bazaar Weekly, the first free classified and advertising paper among Iranians residing in Southern California.

Besides being a publisher, Shahbod Noori has always shown great concern for social issues within the Iranian community.

Both as a journalist and publisher, Shahbod Noori not only tries to be a true voice of Iranians in Southern California and around the globe but also helps many in the community at times of despair and hardship.

Be the first to review “Tehran Magazine” Cancel reply