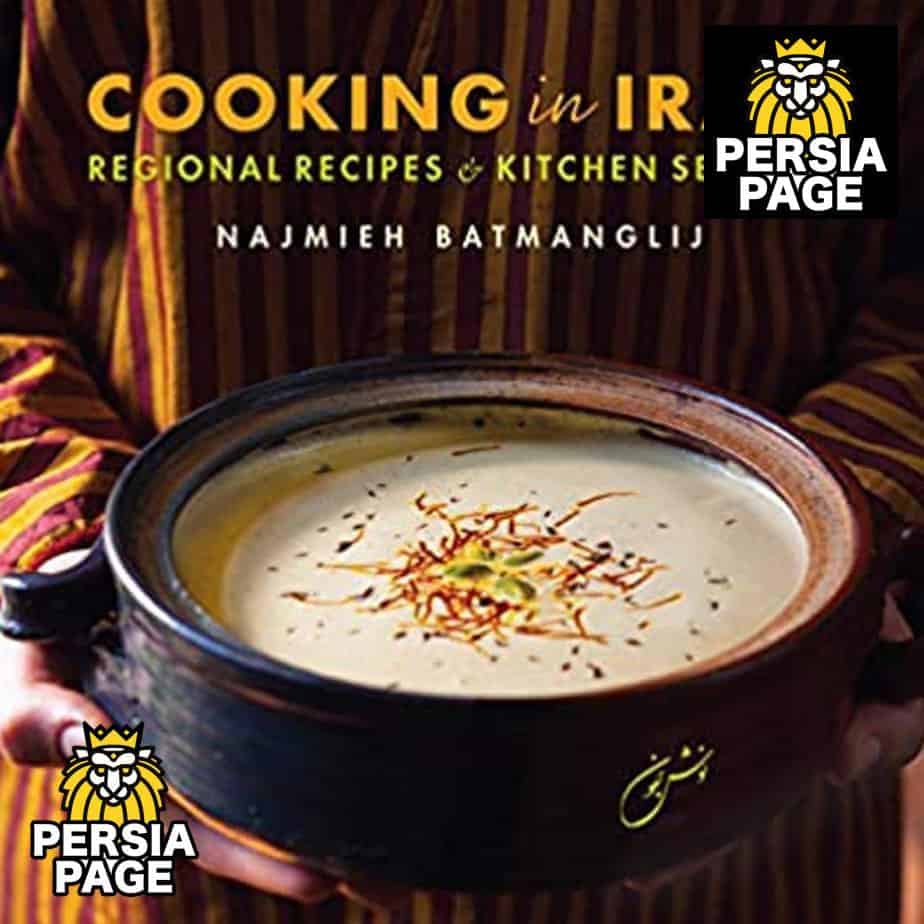 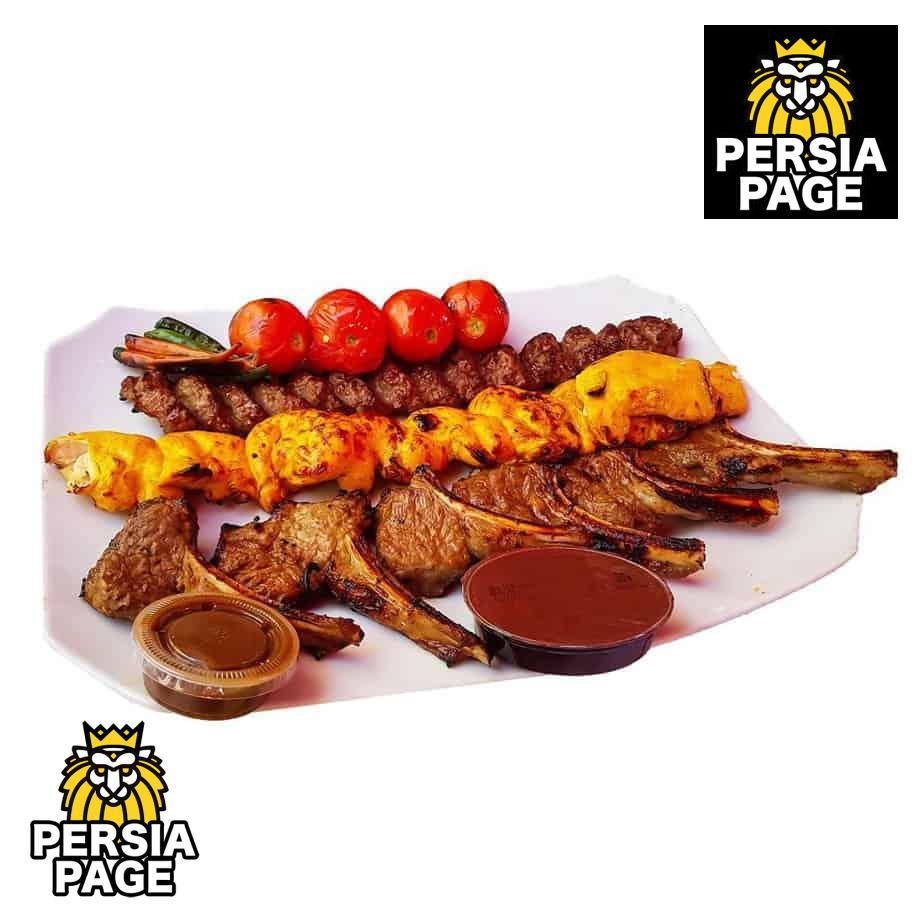 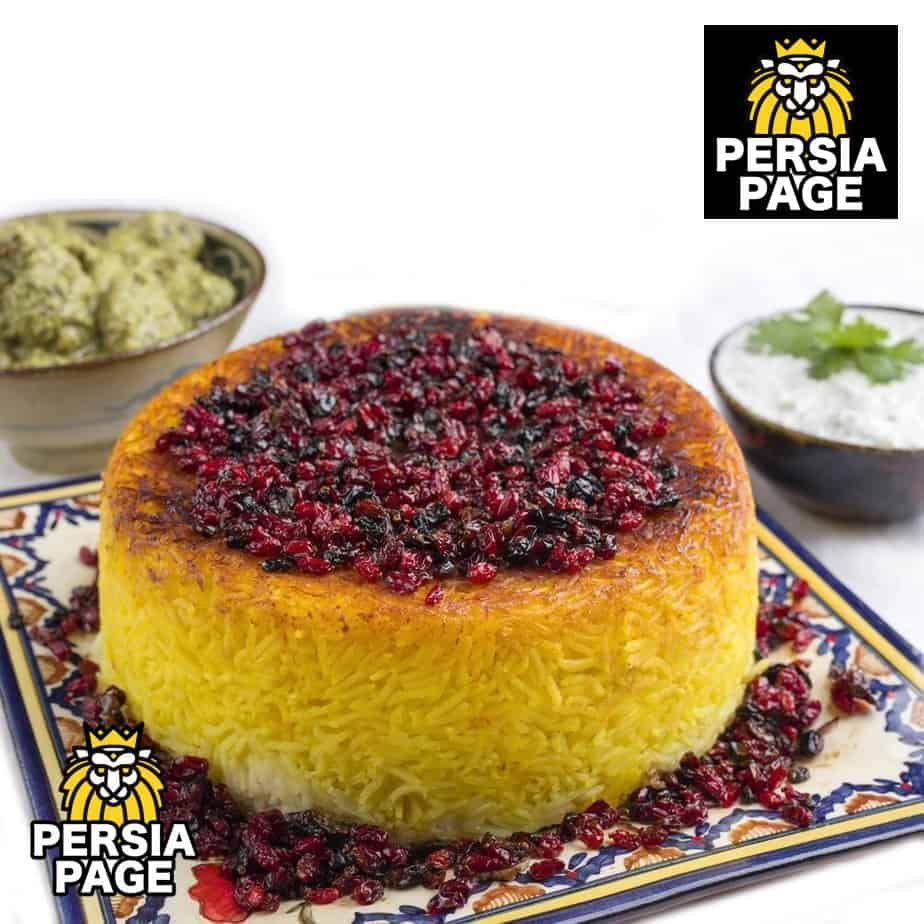 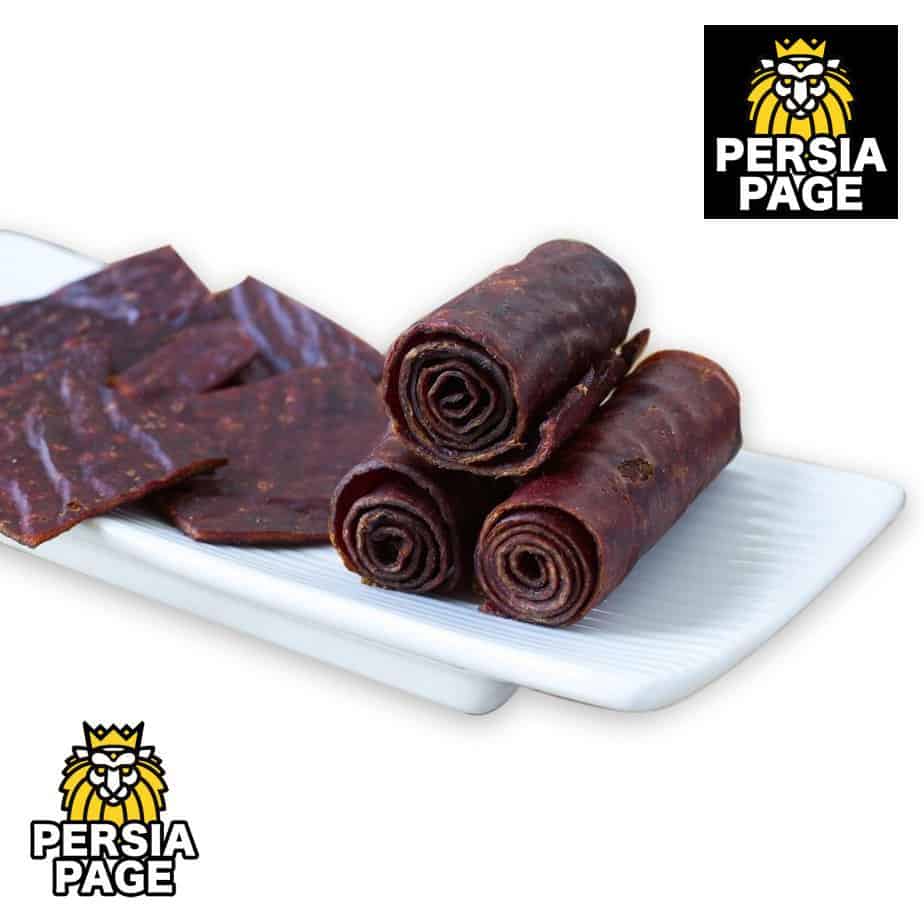 After five years of overcoming obstacles, meticulous planning, and ten thousand miles of traveling the length and breadth of Iran cooking with local cooks, visiting workshops, and developing recipes Najmieh’s dream has been realized with the creation of Cooking in Iran: Regional Recipes and Kitchen Secrets.

This book is a distillation of those past five years. It is an authoritative exploration of a cuisine whose cultural roots are among the deepest of any in the world.Najmieh takes us with her on an extraordinary culinary journey: from the daily fish market in Bushehr, on the Persian Gulf, where she and her host buy and cook a 14-pound grouper in a tamarind, cilantro, and garlic sauce, to the heart of historical Isfahan, in central Iran, where she prepares lamb necks in a yogurt, saffron, and candied orange peel sauce topped with caramelized barberries. Traveling north to the Caspian Sea, she introduces us to the authentic Gilaki version of slow-cooked duck in a pomegranate and walnut sauce, served over smoked rice; and the unique flavors of a duck-egg omelet with smoked eggplant and baby garlic. Lingering in the north, in tribal Kurdistan

she treats us to lamb-and-bulgur meatballs filled with caramelized onions and raisins in a saffron sauce. Dropping south, to Bandar Abbas on the coast, she teases our palate with rice cooked in date juice and served with spicy fish, while in Baluchistan she cooks spiced goat in a pit overnight and celebrates the age-old method of making bread in hot ashes.At every village and off-the-beaten-track community, Najmieh unearths traditional recipes and makes surprising new discoveries, giving us a glimpse along the way of the places where many of the ingredients for the recipes are grown.

She treks through the fields and orchards of Iran, showing us saffron being picked in Khorasan and pomegranates in Yazd, dates harvested by the Persian Gulf, pistachios in Kerman, and tea and rice by the Caspian.With more than 250 recipes and 400 photographs, Cooking in Iran is packed with inspiring ideas and practical tips everything you’ll need for recreating these glorious dishes so that you can embark on a culinary journey of your own.

BiographyNajmieh Batmanglij was born and raised in Iran. During her childhood, her mother wouldn’t allow her in the kitchen. “Concentrate on your education,” she would say. “There will be plenty of time for you to cook later in life.”Najmieh came to America in the 1960s to study at university and would cook Persian food with fresh local produce using recipes sent by her mother in letters. Her housemates loved the food she made and encouraged her to cook all the more. Little did she know that the American food revolution had just begun.

Later, when Najmieh returned to Iran with her master’s degree in education in hand, her mother welcomed her into the kitchen and started to work with her.At the end of 1979, as the Iranian Revolution took a more fundamentalist turn, Najmieh and her husband fled to France, where their first son Zal was born.It was in France that Najmieh decided to follow her passion for cooking. With the help of her friends and neighbors, she wrote her first cookbook, Ma Cuisine d’Iran.In 1983 she and her husband emigrated to America, where she gave birth to their second son, Rostam, and wrote her first book in English, Food of Life.Najmieh has spent the past 35 years cooking, traveling, and adapting authentic Persian recipes to tastes and techniques in the West. She has been hailed as “the guru of Persian cuisine” by The Washington Post.

Her Food of Life was called “the definitive book on Iranian cooking” by the Los Angeles Times. Her Silk Road Cooking was selected as one of the 10 best vegetarian cookbooks of 2004 by The New York Times; and her book From Persia to Napa: Wine at the Persian Table won the Gourmand Cookbook Award for the best wine history book of 2007.Najmieh is a member of Les Dames d’Escoffier and lives in Washington, DC, where she teaches Persian cooking, and consults with restaurants around the world. Persian Food Recipes

You must be <a href="https://www.persiapage.com/my-account/">logged in</a> to post a review.